The Most Bioavailable Iodine Supplement 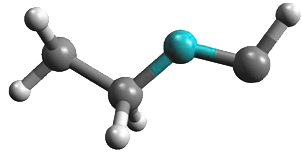 Other forms of iodine commonly for sale, are not so bioavailable. Potassium and sodium iodide are salts that are completely inorganic, and the iodine needs to be broken off from the sodium and potassium in the salt to be then bound to carrier proteins in the digestive tract, to make them bioavailable, so they can pass through the intestinal wall. This process only happens randomly and is not very efficient. New Iodine® is already bound to amino acids and small carrier proteins, making it the most bioavailable iodine supplement available, and in a “predigested” way.

New Iodine® does NOT contain molecular inorganic iodine either, that is well known as an antiseptic, that kills your valuable probiotics gut flora and sterilizes whatever it comes in contact with.

The only reason that molecular iodine was mixed with inorganic iodide salts in the first place, in Lugol’s solution, over 200 years ago, was because the molecular iodine they really wanted as an antiseptic solution, to sterilize wounds, is not water soluble without the addition of the iodide salts. Molecular iodine by itself, is not bioavailable, as it is also not bound to carrier proteins for absorption.