Do you need I2 and iodide forms in your iodine supplement? 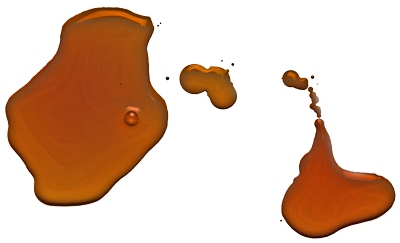 No, your iodine supplement does NOT have to contain I2 and iodide forms in order to be effective. In fact, inorganic forms of iodine like I2 and potassium iodide (both found in Lugol’s Iodine) are inferior to a chelated iodine supplement no matter how you shake it.

Lugol's liquid iodine was invented back in 1829. The idea was to make a topical and water disinfectant (and antiseptic) for troops on battlefields. People started taking it internally because it was the only form of iodine available, and there are predictable health problems associated with iodine deficiency.

I2 (the brown pigment in a liquid iodine) is inorganic and is the disinfectant. When taken internally, it can cause upset stomach and behaves like an antibiotic in the intestines. Long term use can cause chronic digestive problems.

Potassium iodide has almost zero disinfectant properties, it's an inorganic salt which is only partially absorbable by the body and absorption depends on many factors. Your digestive system has to break the iodine off from the potassium and then attach it to an amino acid chelate chain. Which type of amino acid chelate that gets attached is highly dependent upon the pH as well as the food contents near the iodine. This is called naturally occurring chelation and it is very inefficient.

Chelated iodine is organic, the iodine is already attached to an amino acid chelate chain - so your body can absorb all of it without any effort. This pre-chelated [so your body doesn't have to] iodine has just recently became available to the public.

Until about 5 decades ago, all that was available for supplementing not only iodine but other minerals like calcium, iron, zinc, copper, magnesium, and manganese were inorganic salts. Heck, Lugol’s iodine was invented way back in 1829, and we've come a long way since then. All inorganic mineral salts have their bioavailability challenges and their toxicity and digestive upset problems. All of them. Iodine is also a mineral, but brown elemental iodine (I2) is likely a large part of the problem for many people who feel digestive upset with Lugol's or a dry product of Lugol’s.

NOTE: New Iodine® is not manufactured by Albion Nutrition, this is simply the best video we can find to describe the natural process of chelation

About 50 yrs ago, a brilliant biochemist, Dr. Harvey Ashmead, discovered the natural chelation process and developed an ability to mimic Nature's chelation in the laboratory. He even attached radioisotope tracers to many inorganic forms of minerals as well as different organic amino acid chelates to see where they went in the body, how bioavailable they were and what toxicities and side effects were associated with different levels of supplementation.  The amino acid chelates won hands down. And there were no side effects associated with them either. Today, many companies are now making amino acid chelates, and they are commonly known to be much better than inorganic forms of minerals. New Iodine® is the wave of the future in iodine supplementation.